Lawrence A. Casha’s areas of concentration are in real estate, estates, wills, trusts, estate planning, business formations and transactions and governmental relations. Recognized as one of the leading experts in real estate and related law topics, he has been hired as an expert witness in real estate related litigation. In 1980 he founded the law firm of Casha & Casha LLC considered by many to be one of the premier firms in the region. Prior to returning to law school, Mr. Casha was in charge of marketing and production for Hazel Bishop Cosmetics, Inc.

Appointed by then-Governor Christine Todd Whitman, Mr. Casha served as a Trustee of the County College of Morris. He is the past president and currently a director for the Chamber of Commerce and the Montville First Aid Squad and has volunteered his legal services to the First Aid Squad and the local Fire Departments for over 25 years. He has also served as a member of the Economic Development Committee, Drug Awareness Council and Morris First Night. In 2002 he was selected by then-Senator Robert Martin to serve as an advisor on legislative and state issues. His most recent government activities include Kinnelon Councilman from 2002 through 2007. He was the New Jersey Surrogate Speaker Director of the Bush/Cheney 2004 Campaign, Co-State Director for Grassroots Fundraising efforts of Congressman Bob Franks United States Senate Campaign, Campaign Counsel to Senator Robert Martin, and Legislative Aide to Minority Leader Assemblyman Alex DeCroce. In addition to serving as Campaign Director for Governor Christine Todd Whitman in Morris County, Mr. Casha is also the former Executive Director and Finance Chair and current Chair of the Executive Committee for the Morris County Republican Committee and is currently the Republican State Committeeman for Morris County.

No one should be afraid to talk to a lawyer. Contact us today for a FREE, no obligation consultation. Medicaid is excluded from this option. 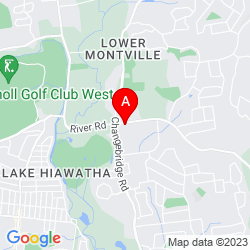 For almost 40 years, Casha & Casha, LLC has been dedicated to clients, both small and large. We have helped local clients, as well as clients in Europe, Asia, and South America to achieve their goals.